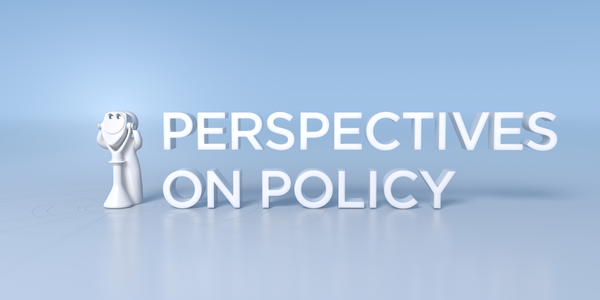 The Hoover Institution is releasing a new series of videos, “Perspectives on Policy,” that feature its scholars accompanied by 3D motion graphics that enliven and emphasize key points of their research and analysis. The metaphors and illustrations create an engaging narrative to bring policy scholarship to life, especially for audiences that are less receptive to charts, graphs, and conventional depictions of data. Developed as part of Hoover’s Policy Education (PolicyEd) program, the videos deliver a modern, visually appealing style to conventional academic lectures.

The first two videos feature senior fellows John Cogan and Mo Fiorina and expand upon topics addressed in their recent books, The High Cost of Good Intentionsand Unstable Majorities, respectively. Cogan’s installment will help viewers understand entitlements and the inevitable forces that cause them to expand beyond recognition from their original noble intentions, and Fiorina’s [link]will debunk the common misperception that the U.S. population is hopelessly polarized. Two additional episodes will launch in the months ahead:  Senior Fellow Scott Atlas on health care reform and Senior Fellow Terry Anderson on market-based incentives for achieving environmental goals.

“In this new series, we are continuing to develop engaging material for visual learners. As with all of our videos, Perspectives on Policy are formatted for mobile devices,” said Shana Farley, the assistant director for marketing and policy education at the Hoover Institution.

Farley said the plan is to release a video every other month on an ongoing basis. The series will launch with the Cogan video in September, the Fiorina one goes live in October, and tentative plans call for issuing the Scott Atlas video on health care in November. The Terry Anderson video is scheduled for January 2019.

The PolicyEd.org website and its associated content will reach an estimated 70 million views by the end of 2018.

Launched in October 2016, the site builds on the Hoover Institution’s legacy of substantive policy inquiry at a time when partisan advocacy has become the norm.

“The goal of Policy Education is to make the policy recommendations, research and analysis of our fellows as accessible as possible to the general public,”said Tom Gilligan, director of the Hoover Institution. “PolicyEd.org gives the public access to some of the most distinguished professors in the world.”

PolicyEd was made possible by the Mary Jo and Dick Kovacevich Initiative at the Hoover Institution, Educating Americans in Public Policy. That initiative seeks to equip Americans with accurate facts and information, and provide political leaders with reliable knowledge and analysis—tools necessary to ultimately shape effective and successful public policy.