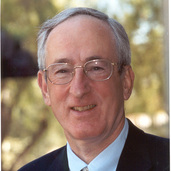 Alvin Rabushka is the David and Joan Traitel Senior Fellow, Emeritus at the Hoover Institution.

He is the author or coauthor of numerous books in the areas of race and ethnicity, aging, taxation, state and local government finances, and economic development. His books include Politics in Plural Societies (originally published in 1972 and reissued in 2008 with a foreword and epilogue); A Theory of Racial Harmony; The Urban Elderly Poor; Old Folks at Home; The Tax Revolt; The Flat Tax; From Adam Smith to the Wealth of America; Hong Kong: A Study in Economic Freedom; and the New China. Rabushka’s most recent publication is Taxation in Colonial America, which received Special Recognition as a 2009 Fraunces Tavern Museum Book Award.

He has published numerous articles in scholarly journals and in national newspapers. He has consulted for, and testified before, a number of congressional committees. In 1980, he served on President Ronald Reagan's Tax Policy Task Force.

Rabushka's books and articles on the flat tax (with Robert E. Hall) provided the intellectual foundation for numerous flat tax bills that were introduced in Congress during the 1980s and 1990s and the proposals of several presidential candidates in 1996 and 2000. He was recognized in Money magazine's twentieth-anniversary issue "Money Hall of Fame" for the importance of his flat tax proposal in bringing about passage of the Tax Reform Act of 1986. His pioneering work on the flat tax contributed to the adoption of the flat tax in Jamaica, Estonia, Latvia, Lithuania, Russia, Ukraine, Serbia, Romania, Bulgaria, Slovakia, the Czech Republic, Georgia, Mongolia, Mauritius, Montenegro, Macedonia, Albania, Kygyzstan, Kazakhstan, Belarus, Trinidad and Tobago, Pridnestrovie (Transdniestra), several Swiss Cantons, and the Federation of Bosnia and Herzegovina. He has also drafted flat tax plans for Austria, El Salvador, Guatemala, Mexico, Argentina, Chile, Canada, and Slovenia. 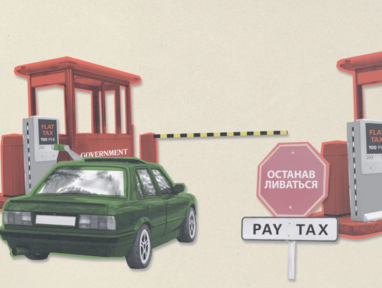 Lessons from the Flat Tax

UnArchived: Lessons From the Past
View
Back to top