Back to top
Economics
Blueprint for America

“Get Ready for a 70% Marginal Tax Rate” by Michael Boskin

"The State of the Economy and Economic Policy" by Michael J. Boskin

Hoover Institution
Up Next Trade And Immigration

Corporations have a fiduciary responsibility to the investors of which the corporation is made of. There comes a point in time where investing more money in expanding and developing and creating more business or business opportunities becomes prohibitive due to the tax liability created. Investors have to wait for a return on money invested. Government however, doesn't like to wait for your or a corporations tax dollars. Which increases the amount of time someone has to wait for a return on their investment. It also decreases the return greatly. And we also cannot forget that in reality corporations do not pay the taxes. They are simply added to the cost of the item being produced or the service being provided and passed along to the consumer. This is no different than a store collecting a state sales tax with the exception that it is hidden in the cost of the item, inclusive, and not calculated separately at the register, exclusive. A potential benefit to a lower corporate tax rate is also lower costs to the end consumer. Along with growth, jobs, income, increased tax revenue. The government are like 100% of what you make in regards to your income. Jay Paul Getty once stated that he would rather have 1% of 100 men's work than 100% of his own. If Government adopted this philosophy our tax rates would be the lowest in the world all the way around and we would be an economic engine that drives this world like never before seen. But taxes equal control and our government would rather have control. 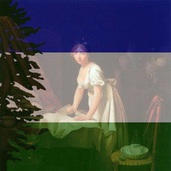 Please learn proper grammatical use of the English language and sentence structure before your writers attempt to pawn illogical nonesense to the public!