Back to top
Economics
Econ 1 with John Taylor

Analysis of the President’s FY 2017 Budget, Committee for a Responsible Budget

Committee for a Responsible Budget

An Analysis of the President’s 2017 Budget, Congressional Budget Office

The Budget of the US Government, Fiscal Year 2017, Office of Management and Budget

The Budget of the US Government, Fiscal Year 2017
Up Next Understanding The Unemployment Rate

1.  Affirmative argument: The public elects officials to run the government and as a result they have a moral responsibility to the people to prevent the government from shutting down.

2.  Negative argument: The public elects officials to run the government according to the interests of their constituents, even if that means using a government shutdown as a political ploy by which they achieve their agenda.

Policymakers should come to a decision by October 1 because it is their responsibility to keep running the government, meaning no government shutdowns. While it seems hard to reach a majority decision, they should put aside differences because they set the standards for the rest of the country to follow and be provided for. The citizens count on the government to tell what the budget is, thus knowing how they will be impacted. However, the citizens don't want a decision made to just to have one ready for everyone. Government shutdowns are irresponsible because they don't help anyone and just shutting down, means nothing is getting accomplished. Therefore, yes policymakers have a responsibility to stop a government shutdown- the last thing American citizens need is a repeat of the 2014 shutdown.

I think that government shutdowns can be legitimate. "Keeping the government going" for it's own sake is not a valid goal if the government is acting outside its proper boundaries. Should there be partisan gridlock for the sake of scoring points against the opposition party? Of course not. But a government shutdown does focus the public's attention on issues that far too often go unnoticed. It spurs public debate and can be a useful tool to create a legitimate consensus. 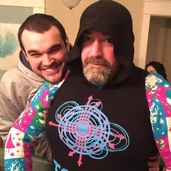 A government shutdown is a failure of our elected representatives on both sides of the spectrum to negotiate with themselves as to how to spend the money we give them. Our representatives agenda should be the best interest of all American Citizens, not only the ones that voted for them. Saying you are going to shut the government down if you don't receive EVERYTHING you ask for means you are not doing your job correctly. On the other side, refusing to give any ground at all is also a failure of our representatives. However, if the government shuts down because, while you are willing to give ground to get some, the other side refuses anything but everything they want, is not a failure of that particular representative, but of the others. Plain and simple: shutdowns should never happen. they are elected to negotiate and represent all of us, and if they did their jobs it shouldn't come to that.

The budget in question is for the next year. Theoretically there is then some leeway in the timing of the information of what the next years budget will be. Using extra time to make sure the budget is workable should not be that damaging. In reality it doesn't work that way, the money is spent and they need the money right away. Money that they say is appropriated for say 2014, is needed in 2013. A shut down causes them to slow down operations and curtail spending in case in all falls apart and they don't want to be caught with their pants down and no money to pay. I'd say because this is the case, they are hired by us the taxpayers to get the job done on time.

It is wreckless to use the budget process for political gain because the proper functioning of our economy is dependent on a stable and reliable budget process. Many industries felt the impact of the lack of a budget resolution and the govt shutdown in 2013 through lower revenues either because their was no government spending or fear of spending money by the private sector. 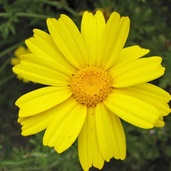 Both sides of this argument have been thoroughly discussed; however, (and I don't like "calling people out" and creating shame - but) midniteowl9_37681, makes an observation that there is leeway (beyond the October 1st deadline) because the budget is for "next year." The United State's fiscal year is not the same as the calendar year. "Next Year" begins on October 1st each year. There is no "leeway." 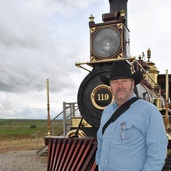 No, they do not have a responsibility to come to an agreement by October 1.
The Shutdown that occurred in 2014 was little more than showboating as the only portion of the government "shutdown" was non-essential government which amounted to approximately 900,000 people or 17% of the government at a cost of $24 billion. And Congress retroactively paid the furloughed workers.
Article 1, Section 7, Clause 1: All Bills for raising Revenue shall originate in the House of Representatives; but the Senate may propose or concur with Amendments as on other Bills.

While I don't want to deny the theoretical possibility of a "moral shutdown", I wonder what one would actually look like? The budget is a plan that is subject to alteration anyway, so what cause is that urgent. So far all we've seen is grandstanding brought on by an overdose of partisan team spirit.