What Is Going On In American Politics?

American politics seems to be in constant upheaval. No one party is able secure long-term majorities. Instead, control of the legislative and executive branch keep changing back and forth. What explains the current political volatility?

America’s political instability is occurring because structural economic and demographic changes are causing existing voting blocs to come apart and realign. Blocs that used to vote together based on certain issues are discovering that their previous coalition partners now disagree on emerging issues. Blue-collar voters, for example, who were once reliable Democratic voters, are now frequently siding with Republicans. As a result, they are regrouping and changing the political landscape.

What is stable today isn’t stable tomorrow. Realigning coalitions would be less noteworthy if political parties were adapting in a manner that held coalitions of voters together over long periods of time—in other words, if parties were changing along with the electorate. But the modern era is marked by what political scientist Mo Fiorina calls unstable majorities. What looks like a polarization of America is actually a polarization of political parties, resulting in many unintended consequences.

To hear more in podcast form, listen to Bill Whalen interview Mo Fiorina on Area 45 below:

Unstable Majorities: Polarization, Party Sorting, And Political Stalemate Featuring Morris Fiorina
by Morris P. Fiorina and Bill Whalenvia Area 45
America at its worst divide since the Civil War? Not exactly, says Hoover senior fellow Morris Fiorina, the author of Unstable Majorities: Polarization, Party Sorting, and Political Stalemate. Fiorina contends that voters haven’t abandoned the center but that the two major parties have, the result being continued experimentation with the political order in Washington. Will 2018 see a continuation of the third great stretch of instability in national politics?

Globalization and Political Instability
by David Bradyvia The American Interest
How the transformation of the world economy shook up Western politics.

To understand the recent trend of polarization, it is often easier to compare political parties from several decades ago to today. Political parties used to be big tents with relatively diverse memberships. Democrats used to have some conservative members and Republicans used to have some liberal members. As a result, “bipartisanship” was more common because Democrats could peel off liberal Republicans for some votes, and Republicans could win support from conservative Democrats on other issues.

But since the 1980s, political parties have sorted on the basis of ideology. Conservative Democrats became Republicans, and liberal Republicans became Democrats. This sorting has increased polarization in the sense that the typical Democrat and the typical Republican are now further apart.

While parties have polarized, the public hasn’t. Or at least not to the same extent. About forty percent of people call themselves moderates today when asked about ideology. That’s roughly where the public was forty years ago. When it comes to party registration, a slightly different metric, Democrats and Republicans have lost members as more voters register as independents.

Since parties have polarized, they have begun emphasizing the policy priorities of their political bases, which are often at odds with the priorities of the electorate at large. Party activists are often motivated by things important to them but not to the general public.

Twitter, cable news, and other instantaneous news services may make it appear that the whole of the United States has become more polarized. But the truth is more complicated than that. While the media and donor class have polarized, the rest of the country has not. It is easy to forget that most people are not hyper-aware of politics.

Read “Has the American Public Polarized?” by Mo Fiorina below:

Has The American Public Polarized?
by Morris P. Fiorinavia Hoover Institution
With the presidential campaigns well under way, talk of polarization once again fills the air. Although Americans think that polarization has increased, that is a misperception. By the standard definition of polarization—the middle loses to the extremes—there is no evidence of increasing polarization among the public at large.

The consequence of this polarization between the parties is that it alienates marginal supporters—those in the political center who aren’t tied to one party or the other and who more often then not decide elections.

And that leads to unstable majorities as independents bounce back and forth between parties.

For more, watch as Mo Fiorina explains how political parties have polarized:

Why Do We Have Unstable Majorities, And What Is Overreach?

In the United States, Republicans, Democrats, and independents each account for a third of the electorate. To win elections, political parties need to capture a sufficient majority of those in the middle.

But once they win, they often forget about the independent or median voters who helped them get elected.

This leads to what Mo Fiorina calls “overreach,” which is when a political party wins and then falsely interprets their victory as a mandate to govern in accordance with the preferences of the base of their party. Moderates who voted for them react negatively to what feels to them like extremism and often switch their votes to the other party in the next election.

Overreach helps explain why unstable majorities have been a feature of American politics for the last thirty years.

To learn more, watch “Unstable Majorities with Mo Fiorina” below:

Has American Politics Ever Been This Contentious?

The short answer is yes. It is entirely normal for existing voting blocs to break up and realign over time. They change in response to new demographic and economic challenges, especially those that occur in concentrated time periods.

The constant shifting back and forth of political control that has occurred over the last thirty years is not a new phenomenon in American history. In fact, the period from 1874 to 1894 looks a lot like our modern era. Over the twenty-year period, unified control of the presidency, the House, and the Senate only occurred for six years—and those six years were three separate two-year episodes that were immediately followed by divided government.

Contrast that time period with most of the twentieth century. Republicans held unified control of Congress and the presidency for twenty of the first thirty years. Democrats went on to control Congress for the following sixty years, with thirty of them in unified control of the executive and legislative branches.

While one might not expect the issues that split voting blocks in the late 1800s to resemble modern-day challenges, two of them are recurring. Following the Civil War, existing voting blocs split on the issues of tariffs versus free trade, as well as how to respond to new challenges from increased levels of immigration.

Read “Are Our Parties Realigning?” by David Brady and Bruce Cain:

Are Our Parties Realigning?
by David Brady & Bruce Cainvia National Review
Strange things have been happening in Western democracies over the past few years.

What Is It Going To Take To Fix The Political Environment?

Ideological sorting and political polarization have led to our existing fractious political environment. Is there any hope for reconciliation and a return to bipartisanship? Previous experiences point to one possible path: one of our political parties could come to an agreement on a set of issues that attracts a stable majority of voters for a relatively long period of time. Bipartisanship is more likely to occur when each side expects the majority will stay the majority for enough time that working together and compromising is worth more than trying to win political points by being overly combative. And parties relatedly out of power are less inclined to compromise if they think they’ll return to power soon.

What are the issues that need to be addressed in order to create a stable coalition? There are many, but a short list would include immigration, inequality, ongoing family and social breakdown, worker insecurity, automation, trade, the United States’ role in the world, and the environment.

As David Brady outlines, it looks like there are two possible tracks for both major political parties in the United States.

The Republican party could go down a path marked by protectionism, hostility to immigration, an embrace of populism, and a “smaller tent” than its previous iterations. Or it could adopt a relatively more libertarian outlook, in support of free markets and more inclusive membership.

Likewise, the Democratic party could continue to move toward a significantly expanded government role in the economy and people’s personal lives with an agenda that includes “Medicare for All,” free college tuition, much higher taxes, and a focus on identity politics.

Or it could move back to more of a centrist party by taking more moderate stances on economic, defense, and immigration issues.

Each party appears to be on the first track; doubling down on the issues that motivate their bases but alienate moderate voters. It remains to be seen if either party can successfully switch to the second track.

For more on the possibility of a return to political stability, listen to EconTalk with Russ Roberts and guest Mo Fiorina below:

Morris Fiorina on Polarization, Stability, and the State of the Electorate
featuring Morris Fiorina & Russ Robertsvia The Library of Economics and Liberty
Morris Fiorina, the Wendt Family Professor of Political Science and Hoover Institution Senior Fellow at Stanford University, talks with EconTalk host Russ Roberts about the state of the American electorate and recent election results. 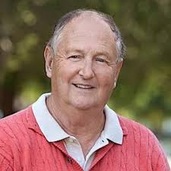 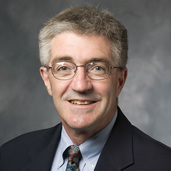 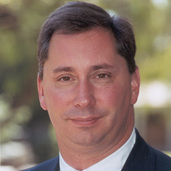 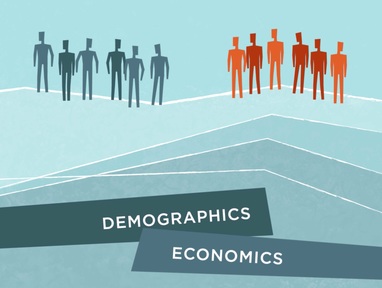 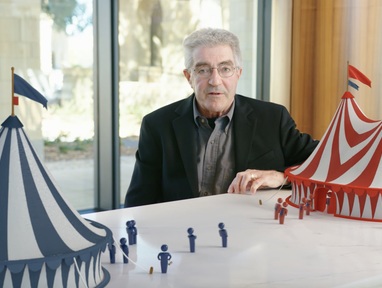 Morris Fiorina On Why Political Parties Have Polarized