The Great Recession shows us how crony capitalism can cause financial policies to stray from clearly defined rules and put undue power in the hands of regulators and special interests.

The Danger of Regulatory Capture

“Too Big to Fail, Title II of the Dodd Frank Act and Bankruptcy Reform,” by John B. Taylor

Crony Capitalism: Lessons from the Great Recession
Previous
Next 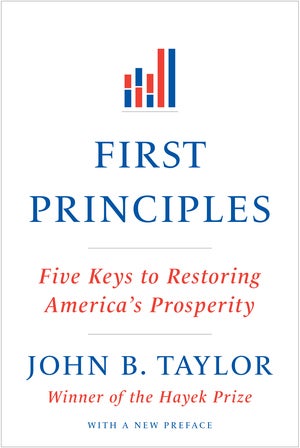 by John B. Taylor

Mired in a crippling economic slump and hamstrung by partisan political debates, America faces substantial economic challenges, from widespread unemployment to the government’s ballooning debt. These assaults on our prosperity reflect the unintended consequences of more than a decade of government intervention in virtually all areas of the economy. Stanford University economist John B. Taylor proposes a natural and reasonable solution to our economic challenges: return to the country’s founding principles—limited government, rule of law, strong incentives, reliance on markets, a predictable policy framework—and rekindle its economic dynamism.