Back to top
Civics
Friedman Fundamentals

“How to Stay Free” with Milton Friedman

“The Diversity Fundamentalists by Richard A. Epstein

“The Rise of Faux Diversity” by Bruce Thornton

Hoover Institution
Up Next Freedom And Equality 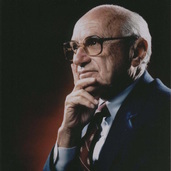 What comes to mind when you hear the word "freedom"? 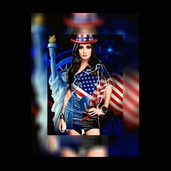 Freedom means to be able to make your own decisions and it means freedom of thought. Both of these are diminishing because of diversity. We have too many people from certain countries living here demanding hate speech laws to suit their religious beliefs that they force down our throats and everyone wants in on the game. Indians don't want the Simpsons, the gays don't like being told religious beliefs prohibit them from baking customize wedding cakes because they would have to participate so instead of looking elsewhere they go on a harassment campaign. Black don't like reality wen it comes to crime, transgenders demand everyone pretend that just because they put on a dress that we don't see that they are a dude in a dress and that we are amazed that a chick with a beard gave birth. Etc. Etc.