Liberal democracy triumphs where communism fails because it limits the government’s ability to make important decisions on behalf of its citizens.

Wall Street Journal
Up Next Socialism and Free-Market Capitalism: The Human Prosperity Project

Why Communism Failed and Liberal Democracy Prospered
Previous
Next 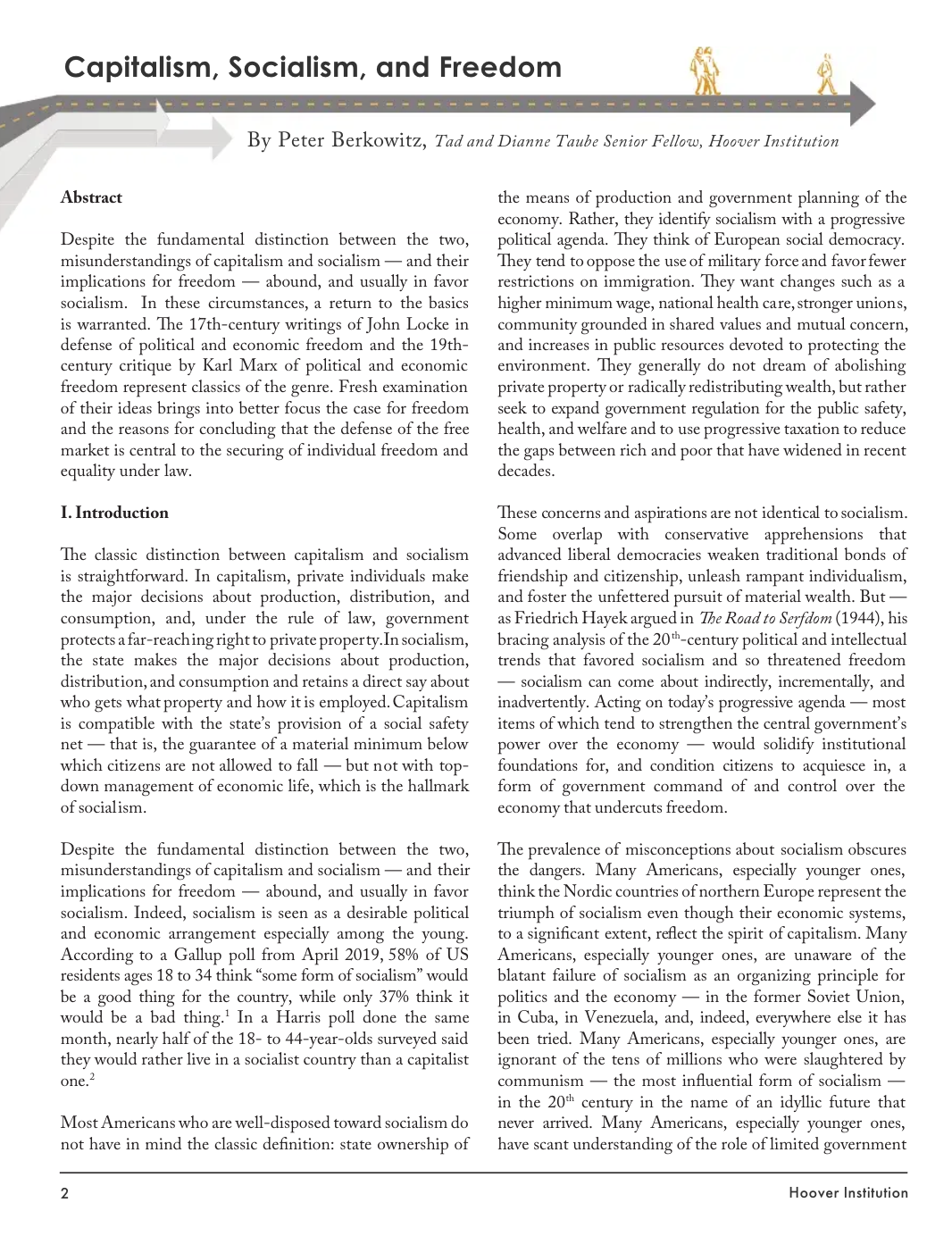 Why did communism fail, and liberal democracy prosper? First, liberal democracies both limit and empower the people. Government’s protection of individual rights sets boundaries on what majorities through their elected representatives can authorize even as the grounding of legitimate exercises of power in the consent of the governed gives majorities solid legitimacy and wide scope to enact laws, in accordance with changing circumstances and enduring principles, that serve the public interest.

Second, liberal democracy does not rest on a theory of history but rather on a conviction about human beings —that all are born free and equal and that rights inhere in each and every human being. Instead of reducing ideas to expressions of economic relations, liberal democracy aﬃrms that economic relations should reﬂect the idea of individual freedom. Government secures individual rights by, in the ﬁrst place, protecting private property and religious freedom. The state leaves the preponderance of decisions about work and consumption as well as religious belief and practice in the hands of individuals who, whatever the imperfections in their understanding, are likely to grasp their own interests better than would government bureaucrats.

Third, liberal democracy is grounded in the anti-utopian premise that the tendency to abuse power is fairly evenly distributed among human beings. This does not negate the belief in fundamental rights that all persons share or deny the need for, and the possibility of, decent character in citizens and office holders. From the perspective of liberal democracy, each is equally free. Each is a mix of wants and needs, appetites and longings, fears and hopes that frequently distort judgment and defeat reason. And each is capable of acquiring at least a basic mixture of the virtues of freedom. Because of its understanding of the multiple dimensions of human nature, liberal democracy attaches great importance to the design of political institutions. The aim is to secure freedom from the passions and prejudices of the people as well as those of their elected representatives. Good institutional design does this by playing the passions and prejudices against one another while providing incentives for the exercise of reason, deliberation, and judgment.