Socialism’s disastrous history shows us that political and economic freedom is the foundation for enduringly successful nations.

“Democracy and Authoritarianism,” with Larry Diamond and Elizabeth Economy

“How to Save Democracy,” by Larry Diamond

“Retreating from Democracy,” with Larry Diamond

Why Political Freedom and Prosperity Go Hand in Hand
Previous
Next 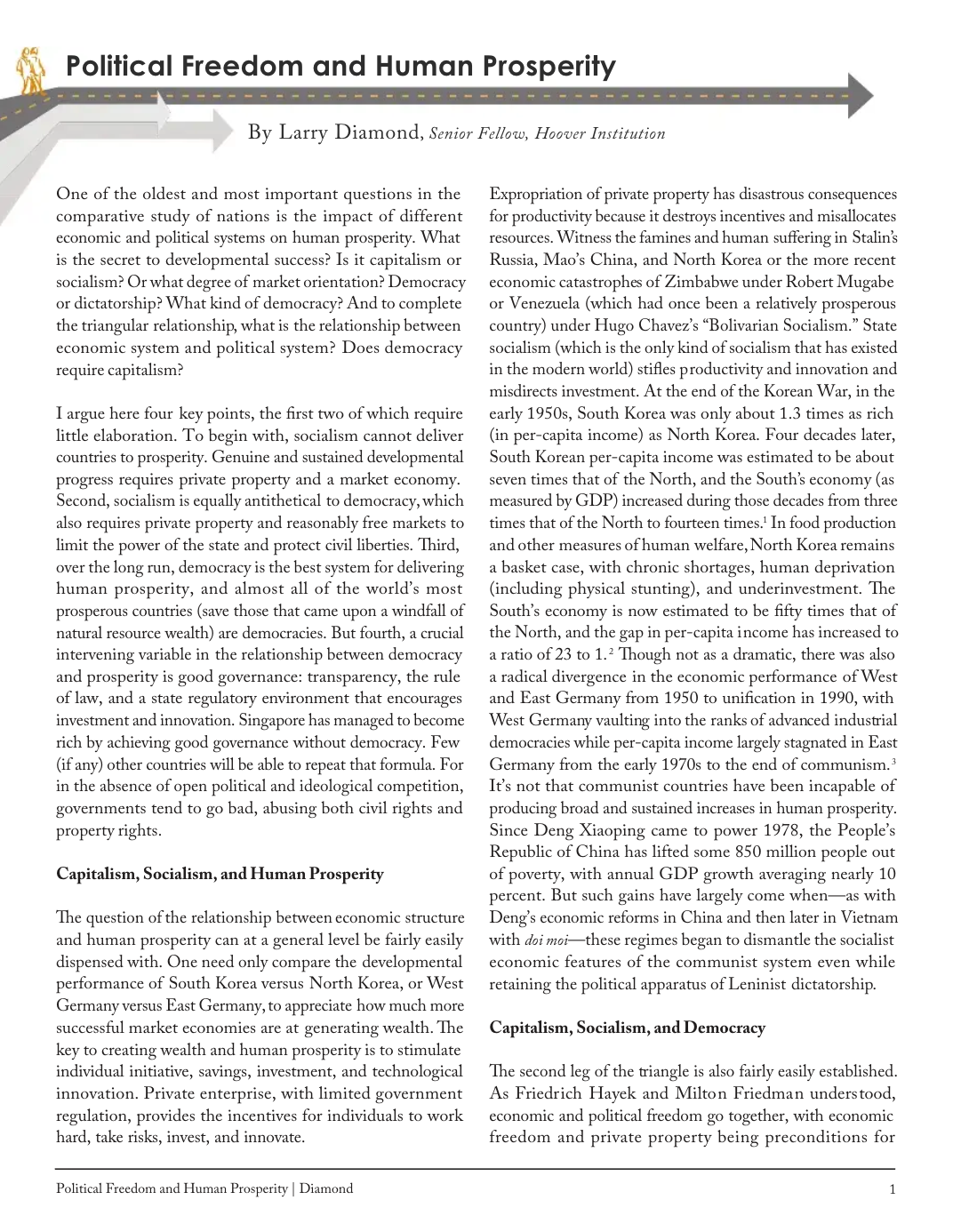 One of the oldest and most important questions in the comparative study of nations is the impact of different economic and political systems on human prosperity. What is the secret to developmental success? Is it capitalism or socialism? Or what degree of market orientation? Democracy or dictatorship? What kind of democracy? And to complete the triangular relationship, what is the relationship between economic system and political system? Does democracy require capitalism?

I argue here four key points, the ﬁrst two of which require little elaboration. To begin with, socialism cannot deliver countries to prosperity. Genuine and sustained developmental progress requires private property and a market economy. Second, socialism is equally antithetical to democracy, which also requires private property and reasonably free markets to limit the power of the state and protect civil liberties. Third, over the long run, democracy is the best system for delivering human prosperity, and almost all of the world’s most prosperous countries (save those that came upon a windfall of natural resource wealth) are democracies. But fourth, a crucial intervening variable in the relationship between democracy and prosperity is good governance: transparency, the rule of law, and a state regulatory environment that encourages investment and innovation. Singapore has managed to become rich by achieving good governance without democracy. Few (if any) other countries will be able to repeat that formula. For in the absence of open political and ideological competition, governments tend to go bad, abusing both civil rights and property rights.