Explore the Chief Joseph Freedom Index (CJFI), which measures economic freedom on Indian reservations across America. Economic freedom is an important factor in driving growth, innovation, and economic mobility. The CJFI can greatly help tribal governments as they respond to problems plaguing many reservations.

The Alliance for Renewing Indigenous Economies

Colonialism: Then and Now

PolicyEd
Up Next Original Indigenous Economies 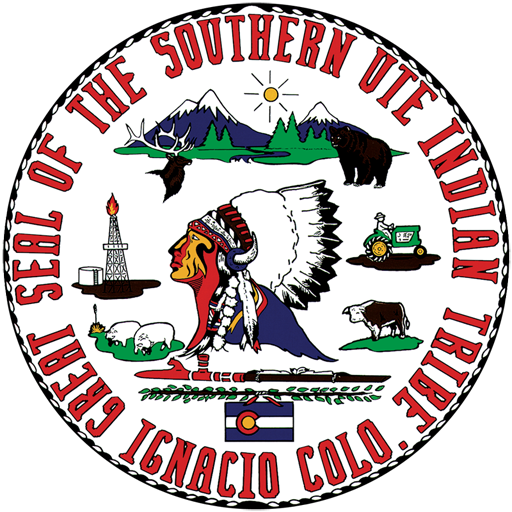 The Southern Ute and Mountain Ute reservations, located in southern Utah and Colorado, both lie on land with rich natural resources such as coal, oil, natural gas, and uranium deposits. In 1992, the Southern Ute formed a tribal corporation called the Red Willow Production Company. This company produces natural gas from hundreds of self-operated wells on the Southern Ute Indian Reservation. The profits from Red Willow, along with profits from the Southern Ute’s casino, help provide steady revenue to pay for government and social services. Other revenue is invested back into energy, real estate, and private equity. The Southern Ute are continuing to act to increase the ease of doing business by encouraging entrepreneurship among tribal members and optimizing underutilized tribal resources.

The Mountain Ute, on the other hand, have not documented any development strategy. Rather than invest in energy, real estate, or private equity, the Mountain Ute invest heavily in tourism, renewable energy, and their casino. Also, in contrast to the Southern Ute, the Mountain Ute do not have a documented tribal corporation to manage their affairs. They do lease natural resource rights to outside corporations, but they do not earn royalties. 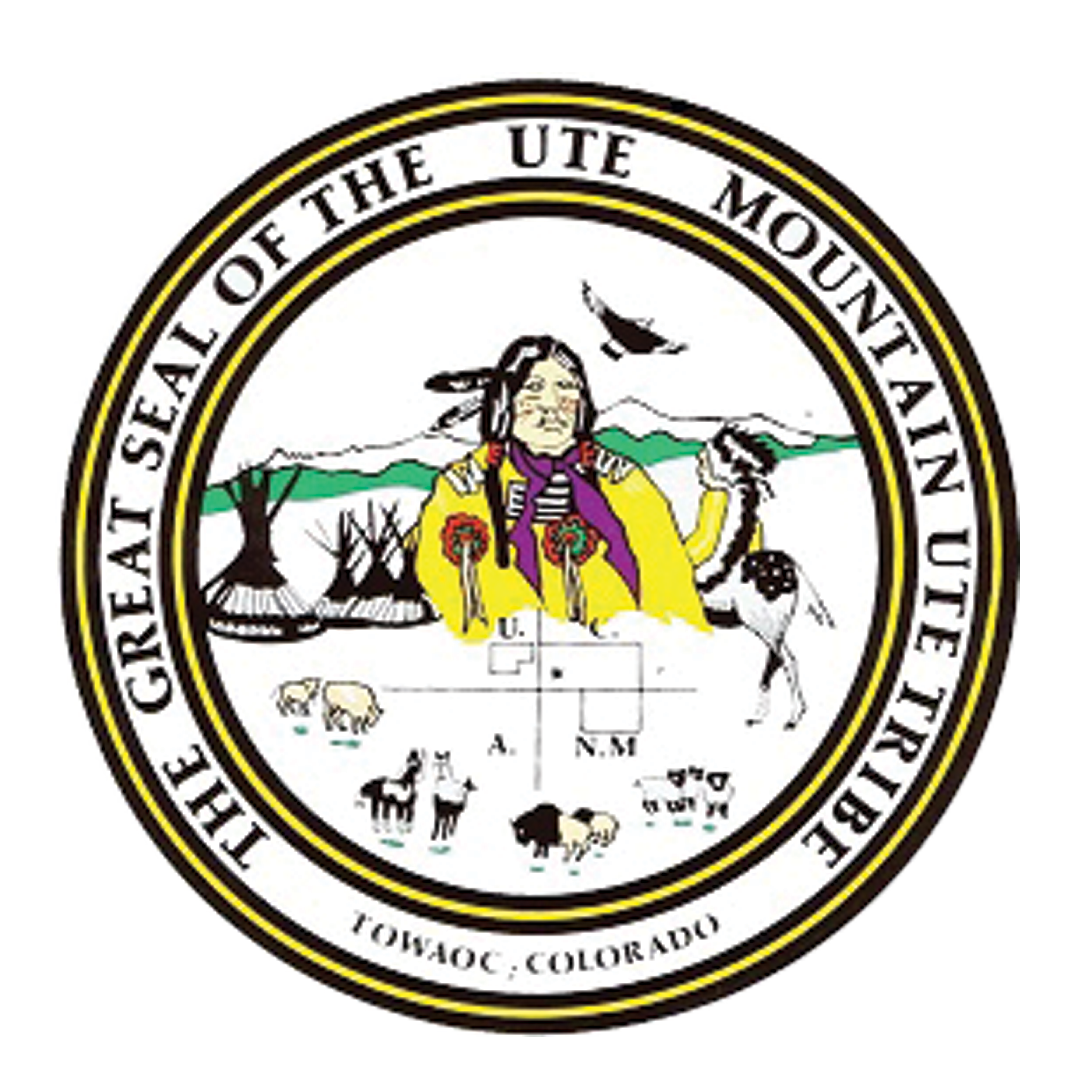 Both reservations have been able to increase living standards based on their various self-determination efforts. However, Southern Ute reservation residents who identify as American Indian rank higher than their Mountain Ute neighbors in all measures of economic prosperity collected by the 2013–2017 American Community Survey five-year averages. This may be due to the Southern Ute’s establishment of tribal corporations and relatively transparent profit-distribution process. 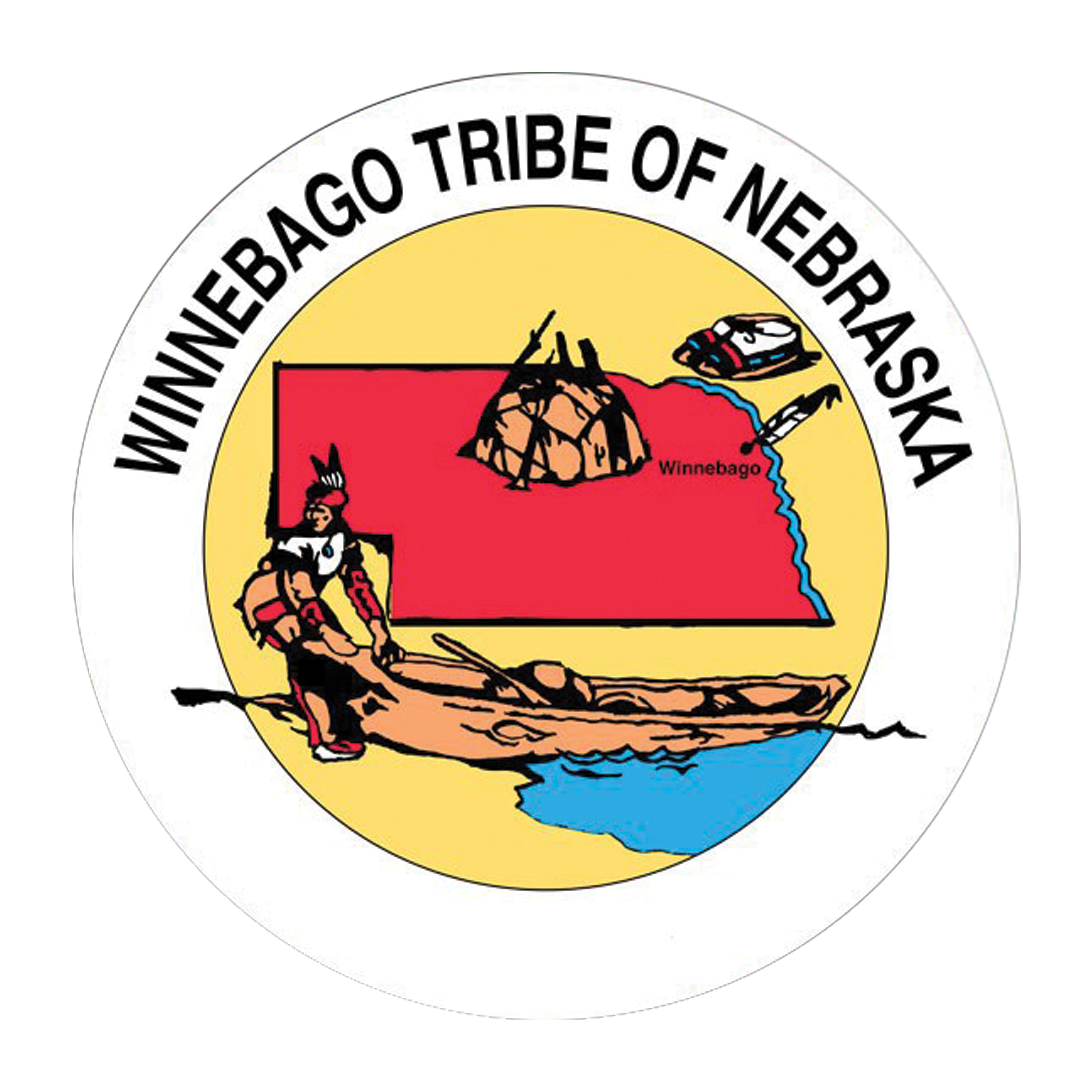 The Winnebago tribe, located on the border of Nebraska and Iowa, struggled economically through the late 1980s. Inherent economic and tribal tax restrictions of federal trust land limited the Winnebagos’ ability to provide for themselves. In 1992 the tribe opened the WinnaVegas Casino and Resort, which rapidly grew. In 1994, an economic development corporation, Ho-Chuck Inc., was founded with profits from the casino.

Ho-Chuck Inc. separates business and politics to avoid political interference in economic growth. The corporation is wholly owned by the Winnebago tribe, who benefit from all of its legal and economic advantages. However, it functions under a defined set of checks and balances that limit politicians’ ability to affect business decisions. Staggered terms for the election of tribal leaders also provide government continuity. This reduces the possibility of a political, administrative, and business turnover and ultimately allows for more effective long-term planning.

The Winnebago have committed themselves to improving the ease of doing business by taking advantage of business immunity rights and by explicitly stating that they follow the Nebraska uniform commercial code. Their separation of politics and business, good governance, and staggered electoral terms have been essential in contributing to the tribe’s economic prosperity. 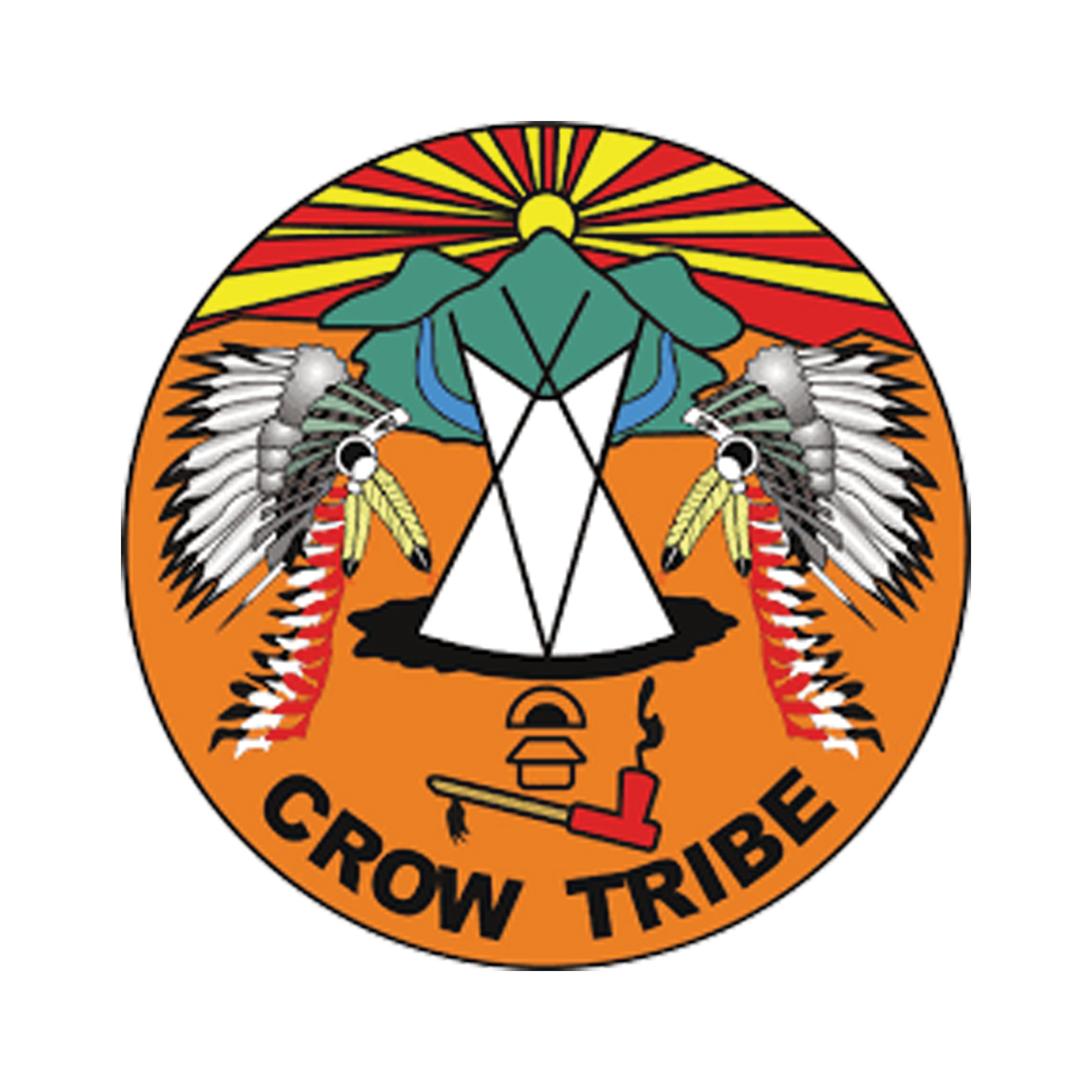 The Crow Reservation, located in Southern Montana, suffers from poor economic conditions. Though the reservation is located next to extraordinarily valuable coal and oil reserves, these resources are left largely untapped. Crow reservation land is largely tied up in federal trusteeship, which makes it difficult to capitalize on energy resources. Federal agencies that are responsible for land-use and energy development decisions do not typically manage resources in a way that maximizes the welfare of Indians. Beyond federal limitations, inconsistent tribal legal institutions make it expensive and risky to do business on the reservation. This makes it difficult to attract outside investors.

Since the 1980s, the Crow have implemented some changes to their tribal constitution and government. They have a uniform commercial code within their well-documented tribal code. In 2002 the tribe replaced their general council system with executive, judicial, and legislative branch members elected every four years. The Crow, along with the Northern Cheyenne, are working to develop a majority-native-owned banking facility on the reservation.

But these changes have not been enough. The Crow still lack a tribal corporation to manage finances, and much of the Crow’s land is still held in federal trust. Limited property rights make it difficult to afford to build homes, and limited access to credit presumably impedes entrepreneurial incentives. 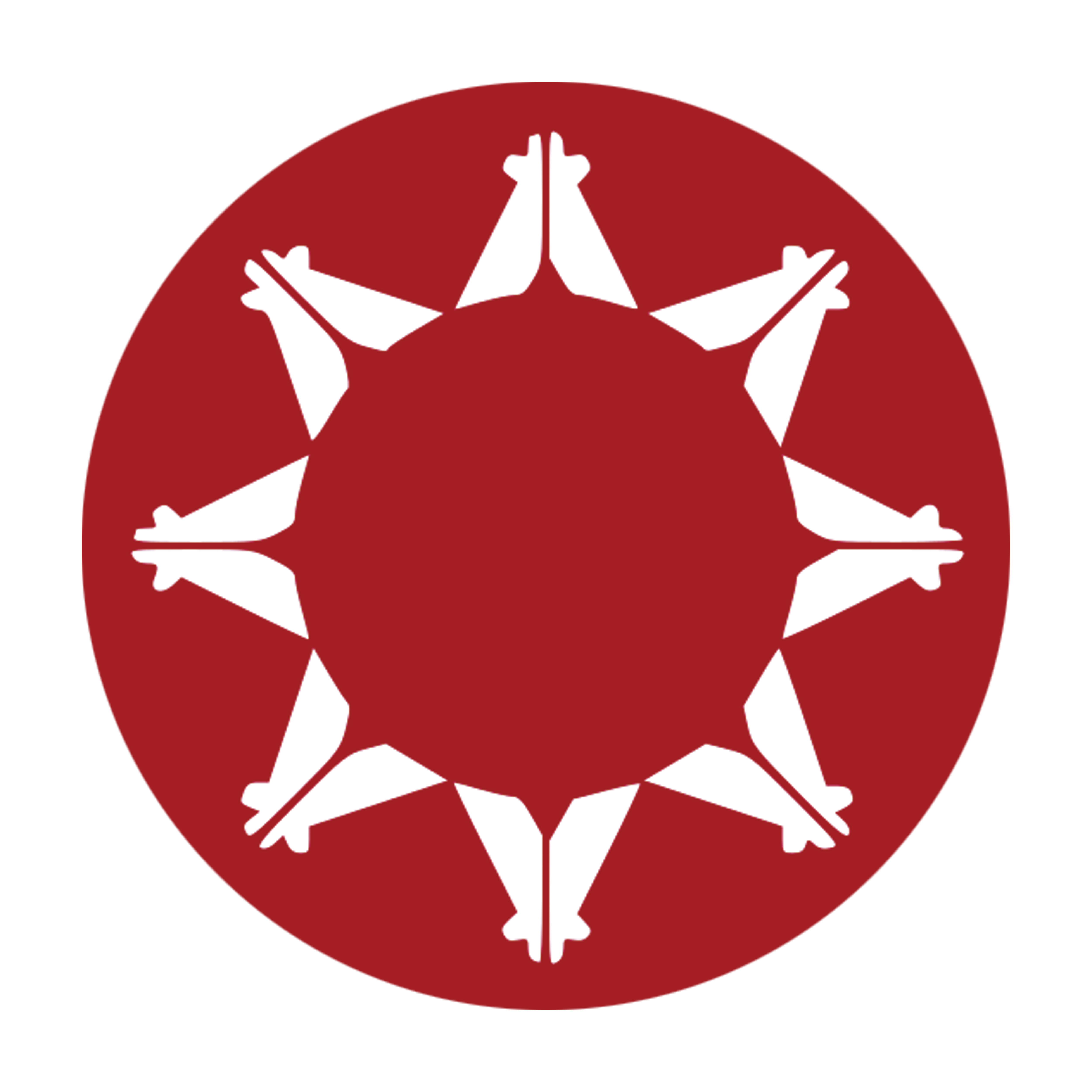 The Pine Ridge Reservation, located on the South Dakota and Nebraska border, has jurisdiction over a large area. This makes providing services and sufficient infrastructure incredibly challenging. The reservation struggles with high levels of poverty and low living standards. Historically, tribal governance was maintained through group consensus. When Pine Ridge moved to a more Western style of governance, problems still abounded, as the tribal council had the power to remove judges because of unpopular decisions. Government instability and the lack of a uniform commercial code contributed to the hesitation of banks to open branches on the reservation.

In 2008 the tribe’s judicial system was separated from its tribal council and staggered electoral terms were introduced for the tribe’s council members and president and vice president. The tribe also instituted a well-documented tribal code to help with ease of doing business. In 2012, the first federally insured consumer financial institution was established on the reservation. Additionally, members of the tribe instituted the Oglala Lakota [Development] Plan. The Thunder Valley Community Development Corporation, a nonprofit development corporation that was created by tribal members, helps to address the goals of the plan.

Despite the steps forward, the economic situation is still problematic on the reservation. Issues stemming from tribal versus fee-simple lands as well as housing, lack of roads, and education still stand as major areas of improvement. Barriers to economic opportunity and entrepreneurism still include land access and financing challenges.