Back to top
National Security
Intellections

“A Future For NATO And The European Union” by Paul Rahe

“NATO Without America?” by Kori Shake

“The End of NATO?” by Victor Davis Hanson

“Is NATO worth preserving?” by Victor Davis Hanson,

Hoover Institution
Up Next Acting from Strength: Achieving Deterrence in Foreign Policy

NATO For the 21st Century: Ensuring Liberal Democracy In Europe 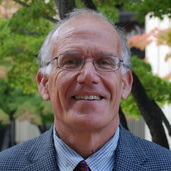 Victor Davis Hanson
Stanford
1 response
Can NATO reform itself to refocus its mission back toward Europe?

"The Parties to this Treaty reaffirm their faith in the purposes and principles of the Charter of the United Nations and their desire to live in peace with all peoples and all governments.
They are determined to safeguard the freedom, common heritage and civilisation of their peoples, founded on the principles of democracy, individual liberty and the rule of law. They seek to promote stability and well-being in the North Atlantic area.
They are resolved to unite their efforts for collective defence and for the preservation of peace and security." Washington Treaty.

So to answer this question, reforming and "re"focusing on Europe was never intended, and therefore never necessary.

But instead of this loaded question, what's the deal with Hanson's obsession on geography, race and ethnicity? See his book that has been accused of racism, and with the title of "Mexifornia" it may become obvious why.

And like the deceit of this entire website putting itself as an unbiased, objective forum, this question was crafted in a way to further a conservative agenda.