It is important to understand the scope of foreign infiltration in order to prevent it.

"One Year Ago: Xi becomes Mao" with Michael Auslin

“China vs America: The Espionage Story of Our Time” by Michael Auslin 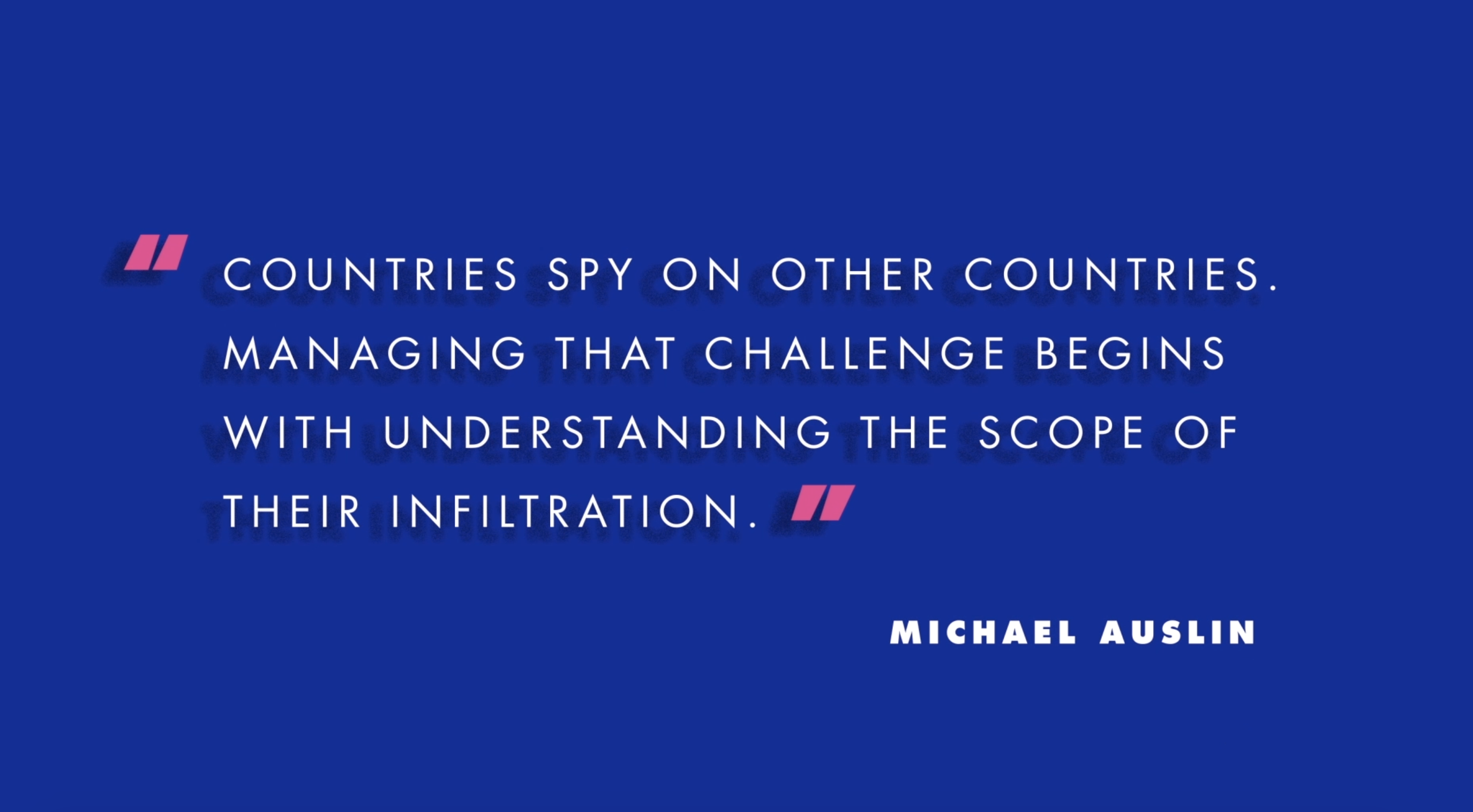 One of Hoover’s newest fellows and an expert on security and political relations in Asia, Michael Auslin argues that despite long-held hopes by most Western observers, China’s economic convergence with the West won’t be followed by an embrace of Western values and institutions. A more realistic view, he explains, reveals a China that is resolute in its own political model and engaged in a fierce competition with the West that extends beyond the economic arena.

In 2017, Beijing destroyed America’s espionage ring inside China and executed a number of US informants yet it only received a brief attention. Similarly, news reports of American bureaucrats arrested for passing information to the Chinese have barely raised eyebrows. In 2018, the ex-CIA agent suspected of being the mole that led to the collapse of America’s spy operations in China was arrested, though on a lesser charge of simply possessing classified information. During the Cold War, espionage captivated millions in fact and fiction, yet Americans are no longer as outraged about Chinese espionage.

It should not come as a shock that China and the US spy on each other. It’s inevitable given that China is the world’s second-most powerful country and as such, the two countries will eye each other warily and seek inside information. In fact, it would be more shocking for the US and China to not spy on each other. But China does not just target the US government. They also target American businesses and individuals very successfully. So why don’t more people seem to care about Chinese espionage? The answer may lie in how America perceives China, which is not as a major threat. Until Americans recognize the very real challenge China poses, Beijing will continue to recruit US spies and pry ever more deeply into America’s secrets.