"The High Cost of Good Intentions: A History of U.S. Federal Entitlement Programs" by John Cogan

The 2018 Hayek Lecture: John Cogan on "The High Cost of Good Intentions"

“Entitlements and the Budget” by John Cogan

“Entitlements and the Budget” by John Cogan

John Cogan on Entitlements and the High Cost of Good Intentions

"The High Cost of Good Intentions" with John Cogan

Hoover Institution
Up Next Addressing the Housing Crisis

John Cogan
Stanford
3 responses
What are some ways to put the entitlement programs back on a sustainable fiscal path? 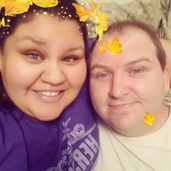 In order to save it. Make the accounts private. Start privatization of the accounts and let the public control their own account and invest it with whom they choose. E-trade, Fidelity, or any like financial institution.

I think an important part of the redistributive nature of entitlements is overlooked in the presentation. In the context of "class struggle" where it is viewed only as a redistribution of resources between rich and poor it would seem to suggest the only solution is to reduce benefits or eligibility for entitlements. However, it could also be seen to be redistributive between old and young, at least in combination with a progressive income tax system. Funding for programs such as social security and medicare comes mainly from younger workers and flows to older, retired workers. Funding for programs such as Medicaid and food stamps is taken from general tax revenues, the burden of which falls primarily on older, more experienced (and higher paid) workers. This "churning" of tax revenues is highly inefficient, wasteful, and subject to abuse. A combination of entitlement reform and tax reform is the only clear path to a sustainable and affordable solution.

People who are on social security should make efforts to be gainfully employed. It was meant to be a temporary solution for some. Support services to assist those people are in place however it comes down to an employers willingness to hire and train. This process can cost employers more however educating people they take on and supporting them to be effective works in the long term. More incentives and creativity in the employment sector makes a lot of sense to me.