To address income inequality, we need to focus on improving the skills at the bottom of the income distribution.

“Helping the U.S. Economy Keep Up” by Edward Lazear

“Introduction: Firms and the Distribution of Income: The Roles of Productivity and Luck” by Edward Lazear and Kathryn Shaw

"The US Economy Has Much Room To Grow & What Is To Be Done?" with Edward Lazear

Edward Lazear On How To Reduce Income Inequality
Previous
Next 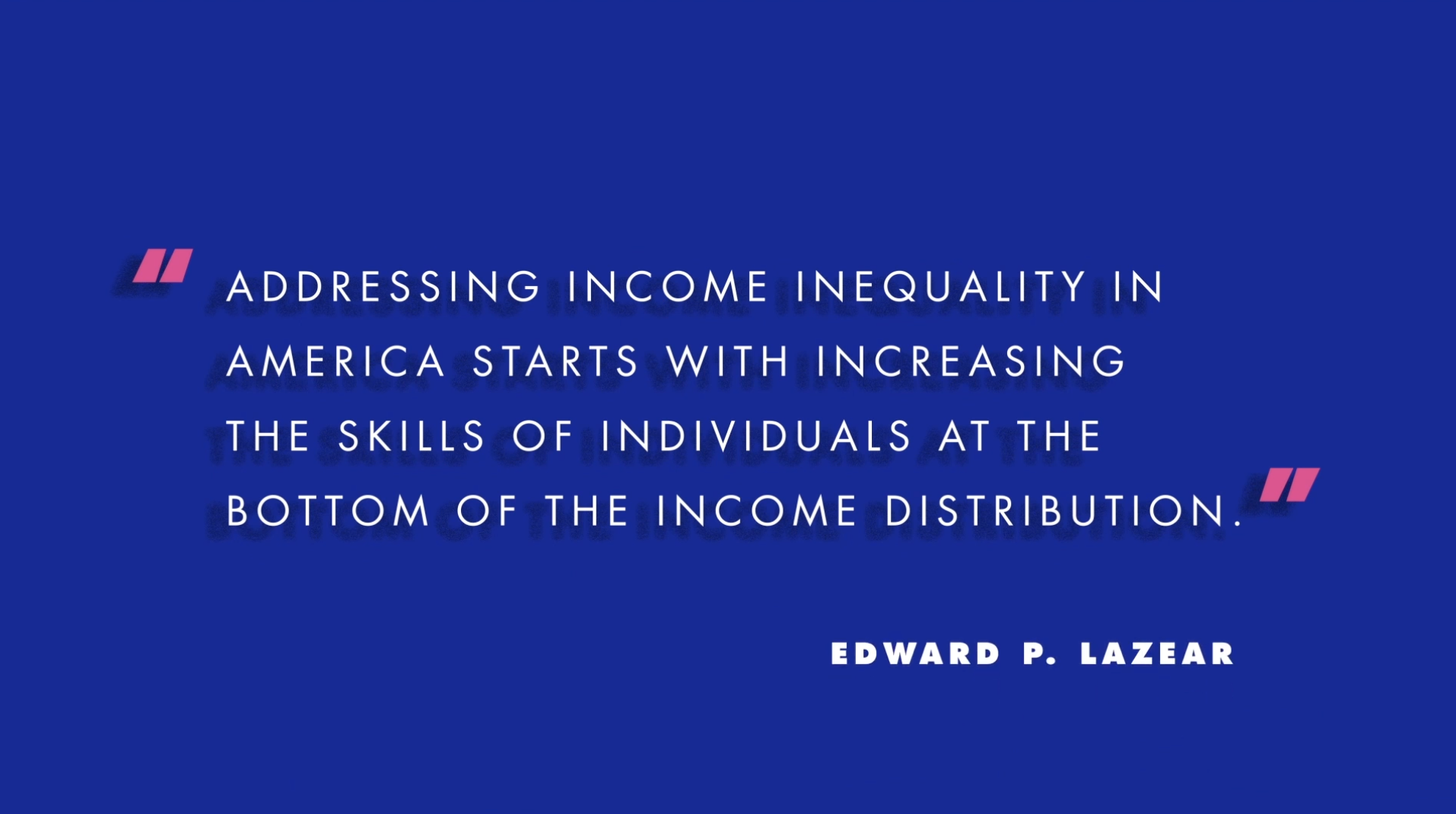 We’ve always adapted pretty well. People have acquired the skills to be consistent with those kinds of economies. That doesn’t seem to be as true in recent years.

The primary reason for expanding income inequality is that skills being provided by our school system to almost half of our population are not commensurate with the kinds of skills necessary for the economy. We need to rethink the kinds of education and training systems in our country. That’s probably the best way to remedy the problem.

First, those systems would be better tailored to a technologically-advanced economy. As the economy becomes more advanced, higher levels of education are necessary to accommodate that advancement, including making sure more people have access to the goods that economy produces.

This is not a recent phenomenon. Historically, the average level of education in the late 19th century was well below what it is now. The difference between an educated person and an uneducated person in an agrarian economy is not as pronounced as it is in a technologically-advanced economy

So, we have to invest a lot more in education. That’s point one.

Point two is that we need to invest in the kinds of skills that are more tailored to the economy. We need to be thinking about training our kids in school to get the necessary skills. We waste way too much time on things that half our population doesn’t ever use.