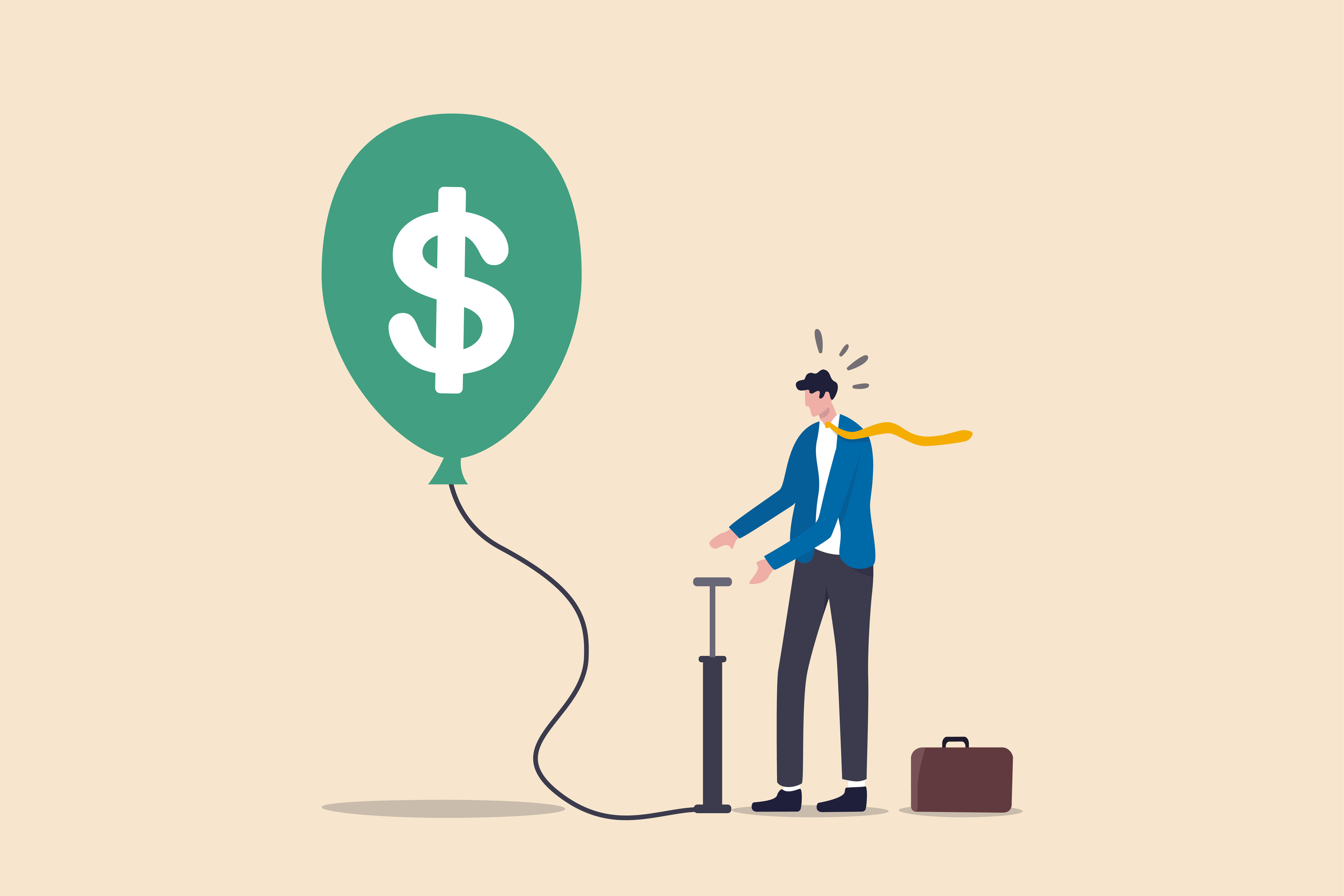 From gas prices to the cost of food, the US economy is experiencing inflation rates not seen since the 1970s. The rise in inflation has brought new attention to the importance of monetary policy and how it affects our economy and daily lives.

What is monetary policy, how does it affect prices, and what tools does it offer policy makers to restrain inflation?

Inflation is caused by too much money in the economy, or as economist Milton Friedman argued, “Inflation is always and everywhere a monetary phenomenon.” Economist David Henderson explains what Friedman meant:

Monetary economist Milton Friedman made this line famous after stating it in a talk he gave in India in 1963. In a trivial sense, of course, the statement is true. Inflation, by definition, means that money loses its purchasing power and, therefore, is a monetary phenomenon. But Friedman meant much more. After having defined inflation, in that same talk, as a “steady and sustained rise in prices,” Friedman argued that one could not find inflation anywhere in the world that was not caused by a prior increase in the supply of money or in the growth rate of the supply of money.

In the United States, the Federal Reserve (or the Fed) is tasked with controlling the money supply. In the European Union, the European Central Bank has that responsibility. It might seem like these central banks have an easy job: if they see rising inflation rates, they should reduce the money supply. But as John Taylor explains in the following video, there are complications that can make it difficult, particularly in the short run.

It can be difficult to measure the money supply. Central banks know how much currency—such as dollar bills and coins—is in the economy. But bank deposits also count as money, and their total size depends on banks’ reserve ratios (the amount of reserves banks keep on hand relative to their deposits). Second, the rate of inflation depends on the velocity of money, or how fast the money supply changes hands over a specified period.  If velocity is low, then, all else being equal, increasing the money supply will have less effect on inflation than when velocity is high.

How do central banks control the money supply?

Central banks have several tools for altering the amount of money supply in the economy. In chapter 2 of his video series, John Taylor provides an overview:

How is the Money Supply Controlled?

The Fed controls how much currency is in the economy and can affect the amount of reserves banks must hold. To do the latter, the Fed can set required reserve ratios (how much a bank must keep on hand relative to its deposits), but more importantly, it can buy or sell assets—typically government bonds—to banks. This process is called open-market operations. Selling bonds to banks reduces the money supply, because banks have less money to lend, while buying bonds from banks increases the money supply.

The advantage of the Taylor rule is that it provides predictability and consistency. That makes it easier for investors, business owners, and consumers to make decisions about the future. Rules also create accountability for policy makers. Without a rule, policy makers may choose policies that yield good political outcomes in the short run even though they will lead to high inflation or other harmful economic consequences in the long run.

Taylor highlights the period between 1983 and 2003, called the Great Moderation, when the Fed closely followed the Taylor rule; that period was “marked by low inflation, low unemployment, mild recessions, and robust economic growth.” After the 2000 recession, however, the Fed began to depart from the Taylor rule. To spur economic growth, the Fed kept interest rates much lower than what the Taylor rule suggested. Taylor argues that the Fed’s policy “helped fuel a housing boom and subsequent bust, contributing to the harmful economic downturn.”

What is happening today?

As inflation began to rise in 2021, many policy makers and economists pointed to the COVID-19 pandemic as the culprit. The pandemic and related shutdowns, they argued, led to temporary supply-chain issues that were creating “transitory” price increases. One year later, however, inflation remains high, suggesting the problem isn’t transitory.

What happened? In April 2021, economists John Cochrane and Kevin Hassett warned that the economy was vulnerable to persistent inflation. The authors pointed to similarities between today’s macroeconomic policies and those that preceded the sustained inflation of the 1970s:

The Federal Reserve’s new policy framework and its officials’ speeches are eerily reminiscent of the early 1970s, and repudiate the standard lessons of that experience. One may rightly worry that should inflation emerge, the Fed could repeat mistakes of the 1970s.

The Fed has returned to the view that it can and should strive to eliminate “shortfalls” in economic activity. But in the 1970s we learned that economies can run too hot as well as too cold.

The Fed intends to deliberately let inflation run above target, in the belief that this will drive up employment, especially among disadvantaged groups. But in the 1970s we learned that there is no lasting trade-off between inflation and employment.

Inflation: The Ingredients Are in the Pot, and the Fire Is On
by John Cochrane and Kevin Hassettvia National Review
The end of the COVID-19 recession is in sight. Most people have money, and are ready to spend it. Yet unprecedented fiscal and monetary “stimulus” continues. Is persistent inflation around the corner?

What was the lesson of the 1970s? Prior to the 1970s, many economists believed there was a strong and permanent relationship between employment and inflation. They noted that higher inflation rates were correlated with low unemployment rates. But this relationship abruptly ended in the 1970s, when the economy suffered from a period of “stagflation,” with inflation and unemployment rates both high. As some politicians are calling for today, policy makers tried to stop inflation by instituting wage and price controls. This did little to stop inflation, but it did lead to painful shortages. Watch this video for more details:

The Problem with Wage and Price Controls: Lessons from the 1970s

During the inflation of the 1970s, it took nearly a decade before the Fed began to significantly restrain the money supply to stop inflation. As Milton Friedman explains in the video below, the experience of the 1970s disabused policymakers about any long-run relationship between inflation and employment:

For decades, the Fed seemed to have learned its lesson during the Great Moderation. But recent events have led to a discretionary monetary policy by the Fed that is at odds with the policy experience of the Great Moderation. In the seminar below, John Cochrane, John Taylor, Kevin Warsh, and Mickey Levy critique the Fed’s recent policy:

John Taylor summarizes a common theme from the seminar: “The main concern was the high inflation rate induced by the new policy actions, whether the super low policy interest rate, the high money growth, or the big balance sheet expansion. . . . All agreed that the Fed was now behind the curve, and the question was when and how rapidly to get back on track.”

As we are being reminded today, inflation is painful. Many are quick to blame the greed of business owners or supply-chain issues related to the pandemic and geopolitical crises. As in the 1970s, however, the likely culprit for today’s inflation is a discretionary monetary policy that until recently was focused on stimulating the economy rather than controlling inflation.

Michael Bordo and Mickey Levy discuss what Paul Volker, the Fed chair in the early 1980s, would do in response to today’s inflation rates.

What is the Fed thinking? John Cochrane considers the Fed’s strategy in these two posts on his website, The Grumpy Economist. 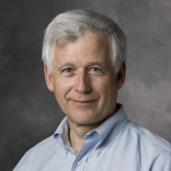 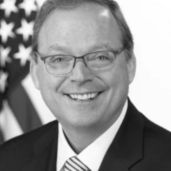 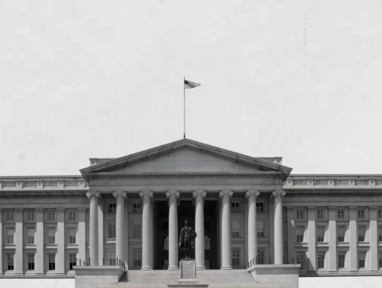 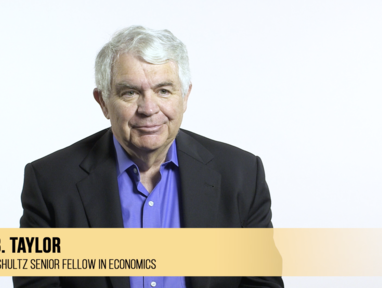 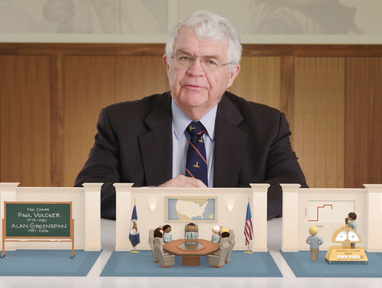