What is single-payer health care?

Single-payer health care is when the government acts as the only payer of health care costs in the economy. Rather than individuals purchasing insurance for payment of medical expenses through their employer or on the open market, the federal government typically covers all such costs.

While single-payer systems can differ, most share a few important characteristics. Notably, the government entity operating the health plan is responsible for defining the eligible population, deciding what services are covered, collecting the resources needed to pay for the plan, and paying providers for the covered services. Eligible populations are typically required to contribute toward financing the system, and revenue and expenditures are incorporated into the government’s overall budget.

In order to pay for a national single-payer system in the United States, the federal government would have to borrow more or raise tax revenue.

Canada, the United Kingdom, Sweden, and France all have single-payer health-care systems, although the UK system is both a single-payer and a single-provider system. In other words, doctors and hospitals work for the government in the United Kingdom. That isn’t true in Canada, Sweden, or France, where doctors and hospitals are allowed to contract with the government and own and operate their own practices.

In fact, one way to picture what a true single-payer system would look like in the United States would be if Medicaid were extended to everyone in the country. While many advocates of single-payer point to Medicare as the model they aspire to, the truth is that Medicare is a mixed system, since recipients pay premiums, co-pays, and coinsurance for their coverage.

Why do advocates want a single-payer system?

Health care and health insurance are expensive in the United States when compared on a per-capita basis with many other developed countries. Many advocates see per-capita spending in countries with single-payer systems and assume that the United States could dramatically lower costs and maintain its quality of care without significant trade-offs.

Unfortunately, significant trade-offs in terms of care, access, and wait times not only exist, they also offset most of the benefits many believe a single-payer system would provide. Expanding more coverage to more people would significantly increase overall costs that the government would try to recoup by reducing access to certain drugs, procedures, and doctors.

Scott Atlas explains further in this article about the false promise of Medicare for All.

The False Promise of ‘Medicare for All’
Scott W. Atlasvia Wall Street Journal
Cost is only part of the problem. Single-payer systems create long waits and delays on new drugs.

American health care is expensive for many reasons. One of the most important reasons is that we have a “third-party payer” system, where almost all health-care expenses are expected to be covered by health insurance. But insurance is supposed to be for catastrophic or unexpected expenses, not routine or predictable ones.

What are the likely effects of a single-payer system?

The truth is, single-payer systems all around the world share one feature: they control costs through longer wait times and reduced access to new drugs and procedures. As a result, the overall quality of care is lower than many people expect. As Scott Atlas points out: “Single-payer systems have factually worse outcomes than the U.S. system from almost all serious diseases, including cancer, diabetes, high blood pressure, stroke and heart disease.”

Instead of raising taxes to pay for generous health care, governments ration and restrict access to care. In the United Kingdom, a record 4.2 million people were on wait lists last year, and more than 360,000 of them waited over four months for hospital treatment. In Canada, the wait to begin treatment after seeing a doctor was about five months.

People often have to purchase supplemental private insurance in order to obtain the care that they want, above and beyond what the government has agreed to pay for. As Scott Atlas writes:

People with the financial means increasingly choose to circumvent single-payer systems for private health care. Even though they already pay £125 billion per year, equivalent to $160 billion, for their single-payer health care, half of all Brits who earn more than £50,000 buy or plan to buy private health insurance, according to Statista 2017.

To learn more, listen as Scott Atlas discusses the trade-offs in a single-payer health-care system here:

What role would private health insurance play in a single-payer system?

Under a single-payer system, private health insurance would either be entirely eliminated or relegated to optional, supplemental insurance for those who could afford it after being subjected to large increases in personal taxes.

Around 160 million Americans currently have insurance through their employers, and they give their plans relatively high ratings. Under single-payer proposals they would all have to transition to government-run insurance plans. Their range of choices would be severely restricted, and they would have to get government approval for medical procedures and medications.

The cost of transitioning from the existing health-care system to one entirely run by the government is staggering. Over fifteen percent of our economy is related to the health-care industry, with half spent by the private sector. Moving that half onto the federal budget would represent the largest permanent increase in government spending in US history.

There are other ways in which the United States could lower health-care costs without resorting to a government takeover of the health-care industry. Watch Scott Atlas explain in this Perspectives on Policy video below:

You can also watch “Giving Patients Control Over Their Health Care” below in order to learn how allowing individuals to make more health-care decisions lowers costs:

What is Medicare for All?

Medicare for All is a proposed single-payer plan that would restrict or abolish private insurance and expand Medicare benefits to most of the population.

Plans differ about who will qualify, whether all Americans or only members of certain restricted groups, such as those above age 55 or those with incomes at a certain percentage of the poverty level. But the unifying aspect is that the federal government would take over or eliminate most private health insurance options.

Proponents like the phrase “Medicare for All” because Medicare is a popular program among seniors. But actually, expanding Medicare to the entire population isn’t close to feasible, both politically or economically. For starters, the existing Medicare program spends hundreds of billions of dollars more than it collects in dedicated payroll tax revenue and is the single largest financial drain on the budget in both the short and the long run.

Next, Medicare is able to operate because existing private health insurance subsidizes it through higher payments for the same procedures. Doctors and hospitals are reimbursed at different rates by Medicaid, Medicare, and privately insured patients. Moving to a single-payer system would mean that doctors and hospitals would face enormous cuts to reimbursement rates.

Finally, most Medicare for All plans do not require cost sharing by recipients, which would further add to both its expense and its utilization by recipients. This is also a departure from the existing Medicare program, which charges enrollees monthly premiums and includes significant cost-sharing requirements.

Richard Epstein tackles “The Economic Trap of ‘Medicare for All’” here. Among other problems:

The bill contains no price constraints whatsoever on universal access to a rich set of benefits, which will be available not only to all American citizens but also to all resident legal aliens. No one will have to make any monthly contributions to enroll in the program; there are no monthly fees as there are with Medicare, and no copayments or deductibles.

As Epstein points out, Medicare for All would establish an unresponsive state monopoly for providing all essential health services. For Epstein’s podcast on Medicare for All, you can listen here:

Or listen as Lanhee Chen explains the myths of Medicare for All here:

What is the Public Option?

A “public option” differs only in degree from Medicare for All. Under this option, the federal government would operate its own health insurance plan and offer it at subsidized rates for eligible populations. The idea is that even after subsidies from Obamacare, those who are uninsured are unable to afford existing insurance options.

Public Option Kills Private Insurance
Scott W. Atlasvia Wall Street Journal
If you like your plan, you can keep your plan, Biden assures voters. Where have we heard that before?

Is a single-payer system affordable?

Ten-year estimates for Medicare for All come in at over $32 trillion (PDF) or higher. By way of comparison, when the ten-year estimate of Obamacare was made, it only totaled $1 trillion. That gives a picture of how radical and untenable Medicare for All is compared with our current system. Cost estimates increase even more with additional coverage options of dental and vision, which other countries with single-payer systems exclude—mainly due to their cost.

California, New York, and Vermont have considered single-payer systems for their states but abandoned them due to their high cost. Moving to single payer would have cost them several times their existing government budget for all other spending priorities, as well as introducing a host of other trade-offs.

Lee Ohanian breaks down why single payer in California is the wrong way to expand coverage and access here:

California’s Governor Pushes For Single-Payer Health Care
Lee Ohanianvia California On Your Mind
California governor Gavin Newsom has taken the next step by proposing to replace the state’s existing health-care advisory commission with a new commission that is narrowly focused on single-payer health care.

At the end of the day, a single-payer system cannot guarantee quality or rapid access to medical care. Fixing health care begins with changing the incentives and empowering consumers to seek value with their money while increasing competition among providers.

To learn more about how to reform our health-care system in equitable and cost-effective ways, watch “Transformational Health Care” with Scott Atlas below: 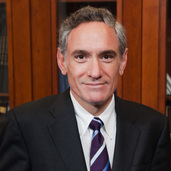 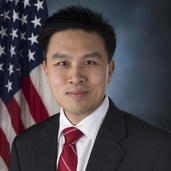