Native Americans innovated and prospered for thousands of years before Europeans arrived.

"Clam Gardens through 3,500 Years of Indigenous History," by Larry Pynn

Tribal Law Journal
Up Next Colonialism: Then and Now

Native American Heritage: It’s Not What You Think
by Terry Anderson

Let me be a free man, free to travel, free to stop, free to work, free to trade where I choose, free to choose my own teachers, free to follow the religion of my fathers, free to talk, think and act for myself — and I will obey every law or submit to the penalty. Chief Joseph, Washington, D.C., 14 January 1879 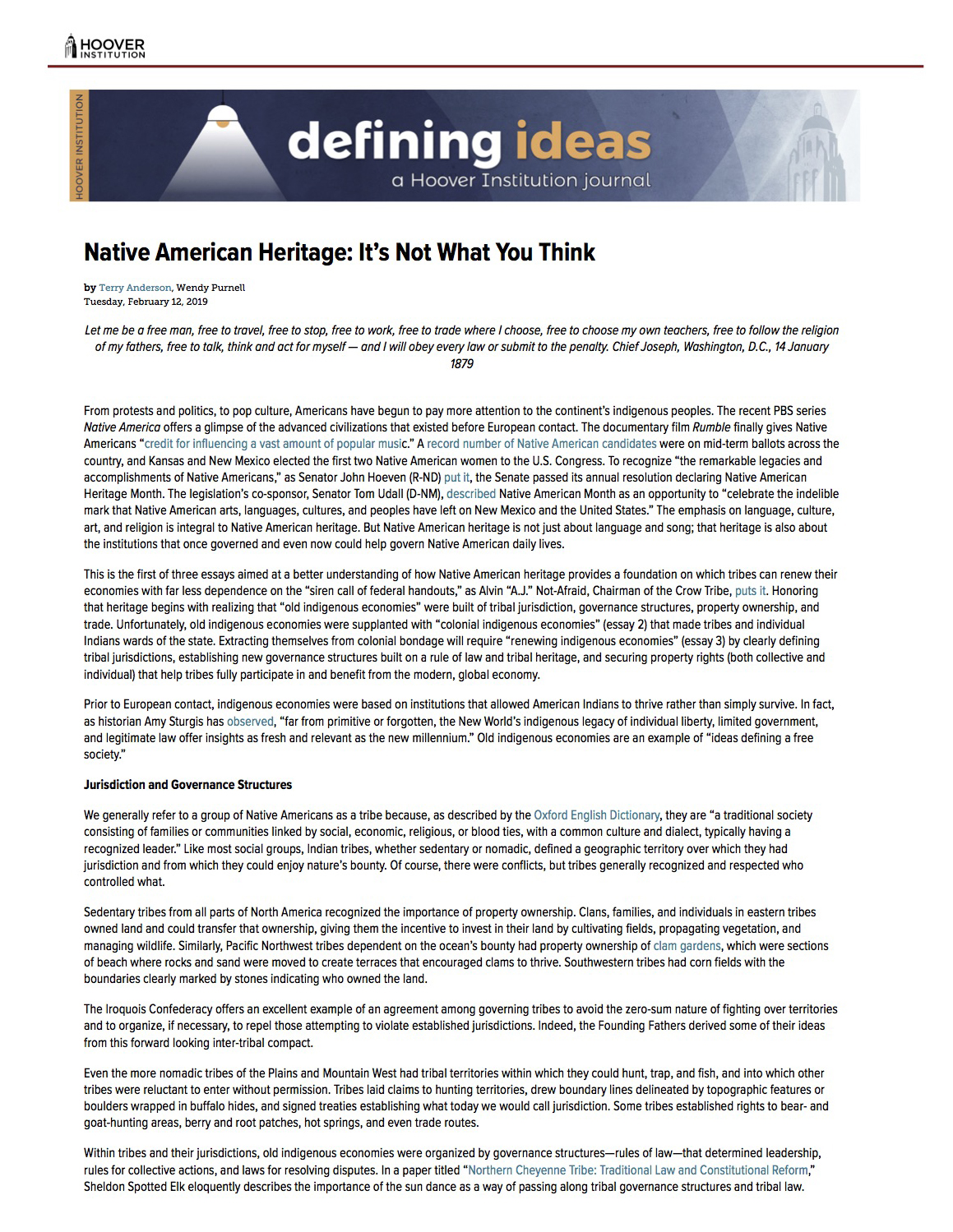 This is the first of three essays aimed at a better understanding of how Native American heritage provides a foundation on which tribes can renew their economies with far less dependence on the “siren call of federal handouts,” as Alvin “A.J.” Not-Afraid, Chairman of the Crow Tribe, puts it. Honoring that heritage begins with realizing that “old indigenous economies” were built of tribal jurisdiction, governance structures, property ownership, and trade. Unfortunately, old indigenous economies were supplanted with “colonial indigenous economies” (essay 2) that made tribes and individual Indians wards of the state. Extracting themselves from colonial bondage will require “renewing indigenous economies” (essay 3) by clearly defining tribal jurisdictions, establishing new governance structures built on a rule of law and tribal heritage, and securing property rights (both collective and individual) that help tribes fully participate in and benefit from the modern, global economy.

Prior to European contact, indigenous economies were based on institutions that allowed American Indians to thrive rather than simply survive. In fact, as historian Amy Sturgis has observed, “far from primitive or forgotten, the New World’s indigenous legacy of individual liberty, limited government, and legitimate law offer insights as fresh and relevant as the new millennium.” Old indigenous economies are an example of “ideas defining a free society.”