Back to top
Civics
UnArchived: Lessons From the Past

“A Green Light for Russian Hegemony” by Paul R. Gregory

“Women of the Gulag: Portraits of Five Remarkable Lives” by Paul R. Gregory

Hoover Institution
Up Next Credible Commitments: A Key to Economic Progress

UnArchived: Lessons From the Past Discussion 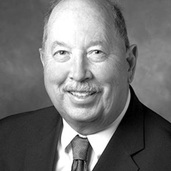 Why is Vladimir Putin trying to rehabilitate Josef Stalin’s image?

The current Russian leader is trying to justify his version of 21st-century authority leadership. He is trying to update the previous authoritarian leader of the 1930s to return the Russian country to its past glory. The problem is now the world has changed. This severe action against another free democratic government is not accepted today. Many nations have banded together to form alliances to combat this behavior. NATO was formed after WW2 as one form of partnership. Currently, the world supports Ukraine in its fight to keep democracy alive within its borders