Political pundits make it seem like our country is more polarized than it has been since the Civil War – but they’re wrong.

“An Era of Tenuous Majorities” by Morris Fiorina

“The Temptation To Overreach” by Morris Fiorina

“Independents: The Marginal Members of an Electoral Coalition” by Morris Fiorina

“The (Re)Nationalization Of Congressional Elections” by Morris Fiorina

“Is The US Experience Exceptional?” by Morris Fiorina

“A Historical Perspective” by Morris Fiorina

“Surprise: Voters Aren't More Polarized than Ever, Only Pols and Media Are” by Morris Fiorina

Morris P. Fiorina on The State of the Electorate

Hoover Institution
Up Next The High Cost of Good Intentions 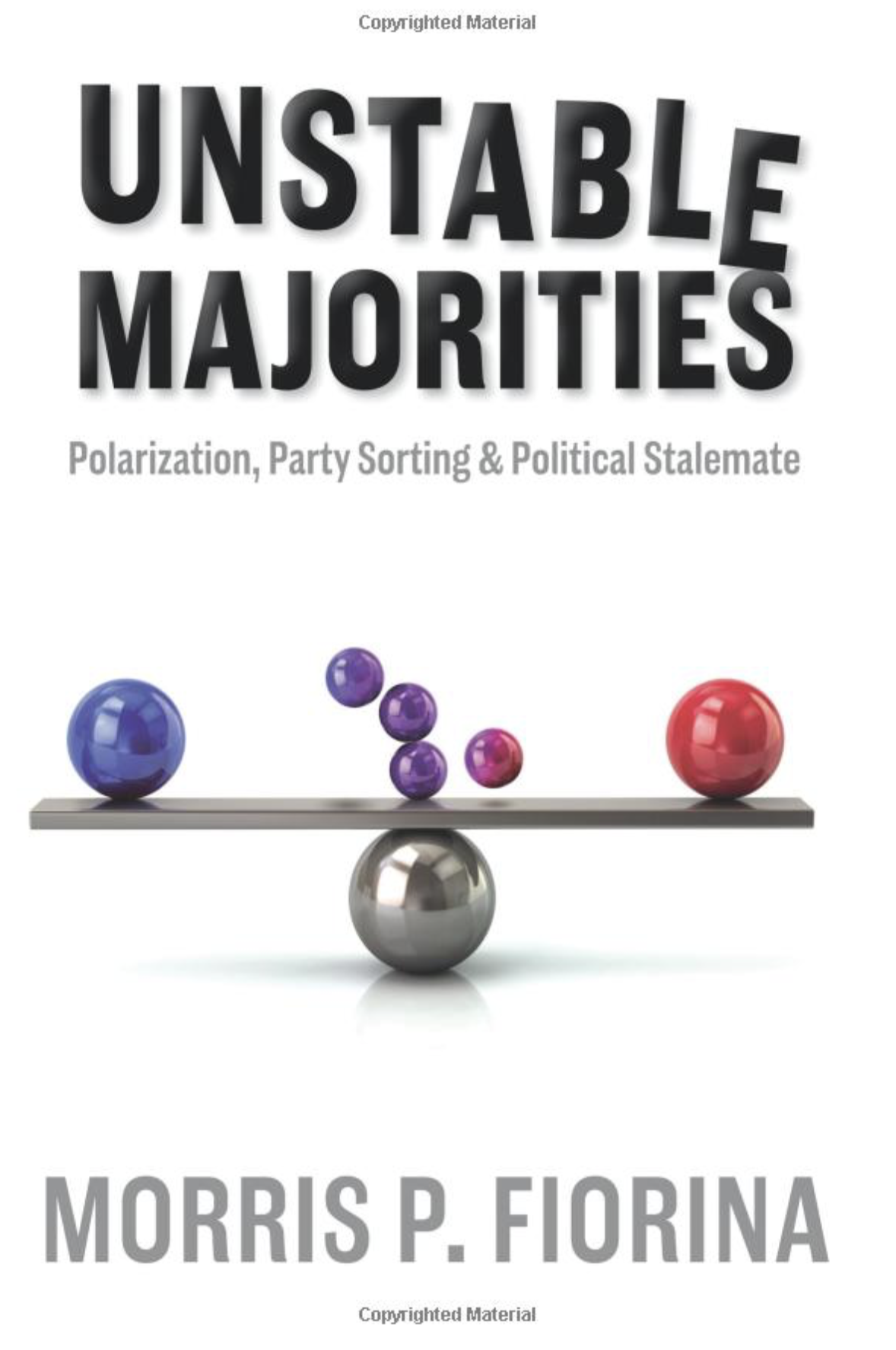 The American public is not as polarized as pundits say.

In Unstable Majorities, Morris P. Fiorina confronts one of the most commonly held assumptions in contemporary American politics: which is that voters are now more polarized than ever. Bringing research and historical context to his discussion of the American electorate and its voting patterns, he corrects misconceptions about polarization, voter behavior, and political parties, arguing that party sorting—not polarization—is the key to understanding our current political turbulence. Today’s political parties, he shows, are more homogenous internally and more distinct from one another than previously. Voters are responders, not initiators in the political process, able only to choose between the candidates the parties nominate and often dissatisfied with those choices.

Analyzing past eras in American history, he looks at different patterns of institutional control of the presidency, House, and Senate. He examines the consequences of party sorting, especially the gridlock and incivility that define twenty-first-century American politics. He also examines key factors of contemporary politics—including the role of media, polls, swing voters, and independents—in the context of global trends such as the rise of populism and far-right parties in Western Europe.