Nuclear power has an energy density advantage over every other method of generating electricity.

"The Role of Commercial Nuclear Energy in a National Energy Policy with James Ellis Jr." 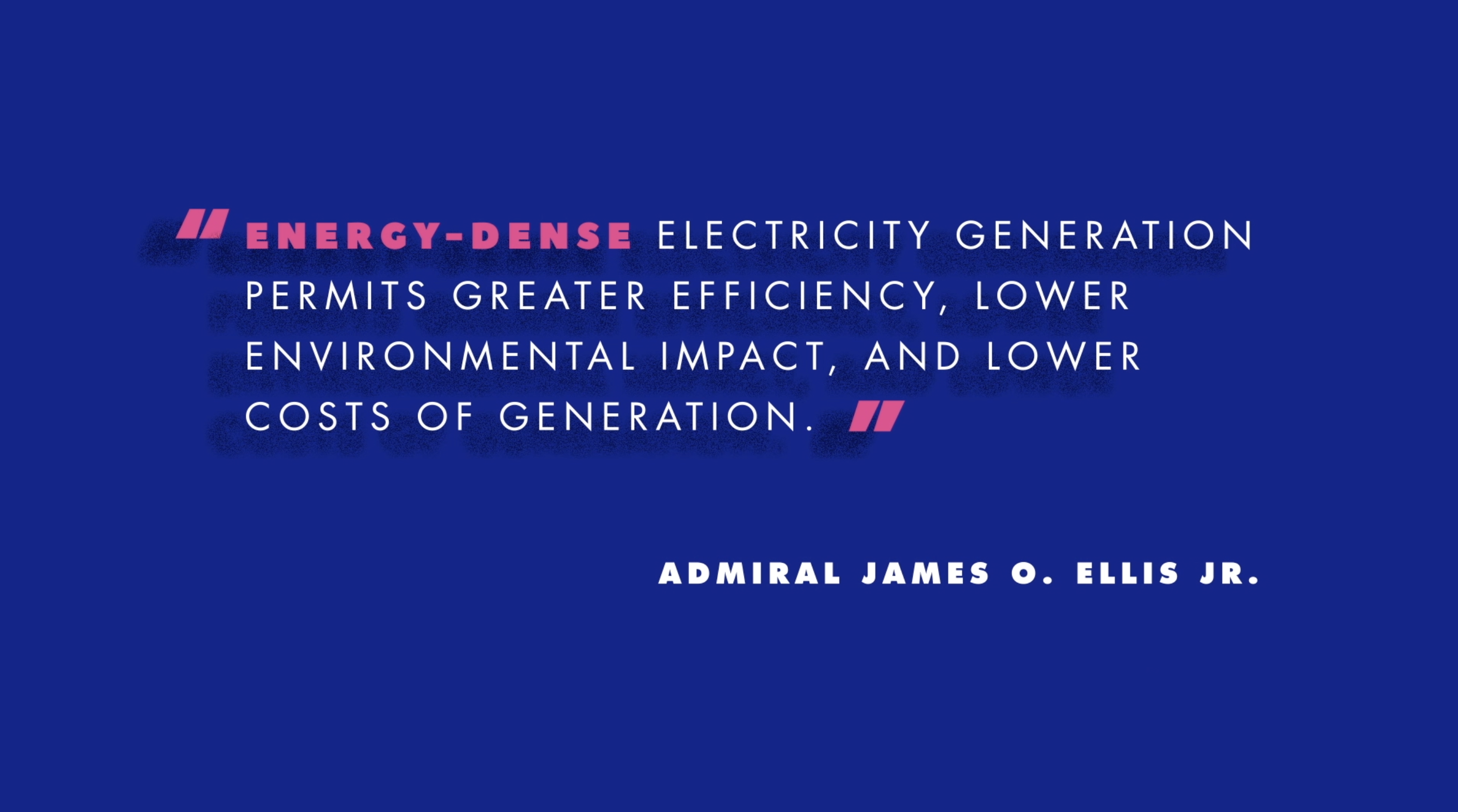 The following is excerpted from the foreword to Keeping the Lights on at America's Nuclear Power Plants, edited by James O. Ellis Jr. and George P. Shultz.

Nuclear power alone will not solve our energy problems. But we do not think they can be solved without it. This is the crux of our concerns and why we are offering this book. It describes the challenges nuclear power is facing today and what might be done about them.

We know that our country’s dominance in civilian nuclear power has been a key part of America’s ability to set norms and rules not just for power plants in less stable places around the world but also for the control of nuclear weapon proliferation. We know that it’s an important technology-intensive export industry too: America invented the technology, and the United States today remains the world’s largest nuclear power generator, with nearly a quarter of global plants (more if you count the hundred power reactors aboard our navy ships at sea). Domestically, we know that nuclear power gives us reliable electricity supply at scale, supplying one-fifth of all of our power production and that nearly two- thirds of our country’s pollution and carbon-dioxide-free energy comes from these facilities.

There are known risks and real costs to nuclear too, of course, but on balance we believe that the benefits for the country come out well ahead. Historically, much of the national nuclear enterprise has rested on the backs of the US federal government (and military) as well as on the ratepayers of the electric utilities who own or operate these facilities. The question today is if—and how—those same players will be able to shoulder that responsibility in the future.